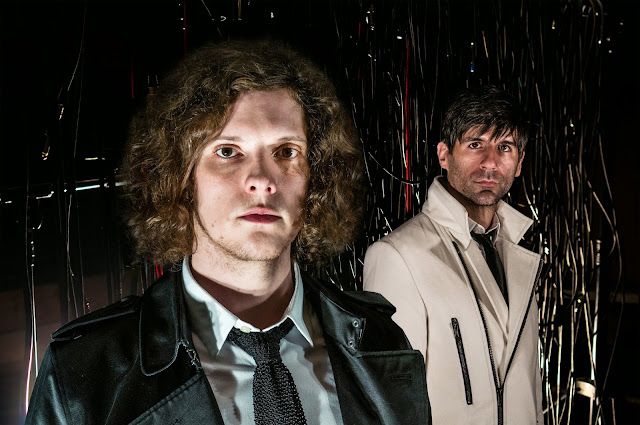 GreyMarket is a rock band hailing from Tampa, Florida.

Influenced early on by the likes of Radiohead, Muse, and Led Zeppelin, drummer Michael Gargiulo and guitarist / vocalist Cave McCoy set about creating their own brand of epic rock music. Rather than disrupting their musical chemistry by trying to find other musicians with the same vision, the pair elected to fuse with laptop-powered electronics, adding sweeping strings, buzzing synths, and pounding sine-wave bass to their arsenal.

The band’s single greatest asset is its ability to put on a compelling live show, fueled by commanding stage presence and technical innovation. In a close second place is the duo’s commitment to self-sufficiency, and willingness to do whatever it takes to get the job done right. This includes recording, mixing, and mastering their own material, booking their own tours, and creating and managing their web presence themselves.

Oftentimes, the band reflects its cinematic influences more than its musical ones. Though inflections of Supertramp, Gomez, and Genesis may creep through, more evident are the likes of 2001: A Space Odyssey, Blade Runner, and Star Wars. After all, every song should tell a story.

We’ve performed with...
... and played the following festivals: